Why We Should Make Lexington More Walkable

This is a guest post from Jonathan Pezzi. He is a Lexington native currently researching public policy issues at University College London. 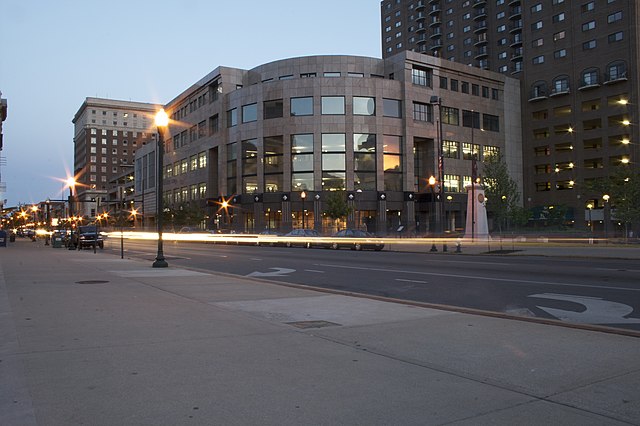 As our city continues to grow and urban planning studies are done by organizations like Imagine Lexington, it’s important to understand the particulars of why a walkable Lexington is something to strive for. Over the last thirty years, a movement has grown throughout the United States to make our cities more pedestrian-friendly. During this time, a number of studies have been done to look at the benefits of a city built around a walkable lifestyle. Here are a few of the findings.

It’s good for the economy

When a city is walkable it is good for local commerce. The city of San Francisco found that people who walked or used public transportation instead of driving made more frequent trips downtown and spent more money and time there overall. Even though people who drove cars spent more money on one trip, they visited downtown less.

A cities walkability is calculated into something called a Walk Score, which is determined by how many errands can be done without a car. Cities with high Walk Scores also see higher property values. In fact, one additional Walk Score point can correlate to an increase of $500-$3,000 in property values.

Sprawled, unwalkable cities also result in higher city-service costs and as a result, taxes can be steeper or be diverted from other important projects. The farther distance cities must provide services, the harder and more expensive it will be to deliver to their citizens.

It makes us healthier 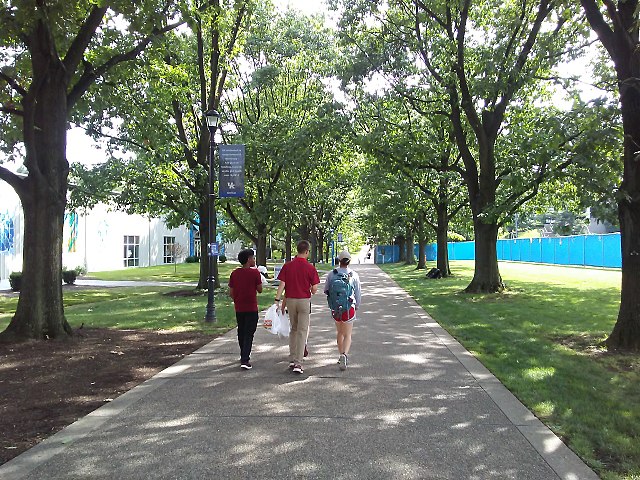 Kentucky is one of the most obese states in the country. Right now, it’s at an all-time high: 36% of adults are clinically obese. This is due to a variety of reasons, not least because of our local delicacies like hot browns and barbecue. But it can largely be attributed to our sedentary lifestyles. If you drive to work, sit for your job, and drive home, you get almost no natural exercise. Walkable cities help with that.

It makes us happier

Walkable cities improve our mental health as well. When you can walk out your door and easily get to a bar, restaurant, or park, you are usually more content. But it’s more than just having access to food and beer. Walkable neighborhoods mean more friends too. People who live on streets with lots of car traffic count on average one friend on their road. Those who live on more walkable streets, where pedestrians are prioritized, say they have three. They even have more acquaintances.

As many people have found, the connection between our mental and physical health is real— and our daily interactions have a tangible impact on our happiness. As one researcher put it, “The more integrated we are with our community, the less likely we are to experience colds, heart attacks, strokes, cancer, depression, and premature death of all sorts.” A more walkable neighborhood means more community.

Part of making cities walkable requires more greenery as well, which also has a positive effect on our mental health. More interaction with trees or parks reduces stress.

It’s good for the environment

In the same vein, walkable cities are better for the environment as well. This benefit is mostly attributed to the fact that if you walk more, you drive less. And with 290 million cars on the road in the US, a bit more walking could help both our traffic problems and our climate ones too. Walking more could certainly make a dent. Transportation makes up the largest percentage of our greenhouse gas emissions. 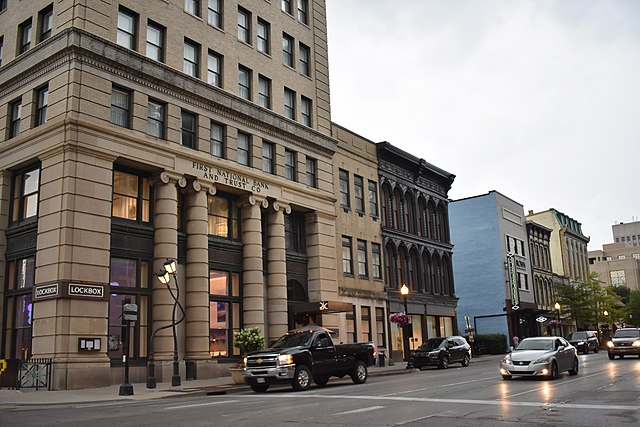 Walkable cities mean less sprawl too, a particularly touchy subject in Lexington. Although some may want their suburban paradises, they must also acknowledge that urban sprawl leads to increased air pollution and higher water consumption. Most importantly, I’d argue though, is that sprawl destroys our farms, paving over the very things that give our city its identity.

Think about walking along Limestone off UK’s Campus. Crossing the street can feel like a minefield sometimes. As you go along that same road out of town and merge onto Nicholasville Road, moving across the street becomes almost unfathomable. That’s because right now, our infrastructure doesn’t prioritize pedestrians.

According to Rice University, pedestrian deaths reached a 33-year high in 2017. Most of these were in low-income neighborhoods with bad pedestrian infrastructure. This problem doesn’t get fixed with safer cars or widened roads. Those changes can actually make things worse.

By making slight adjustments that reduce speeds, give people more room to walk, and put cars in their place, we can create roads that not only feel safe to walk along but are safe too.

One wouldn’t think making a city walkable makes a city more equal. In fact, many think the opposite, assuming gentrification and walkability are one-in-the-same. That isn’t the case. By creating a city that provides more options to move around, lower-income and more vulnerable citizens are helped, and it doesn’t mean their rents need to sky-rocket. Plus, it usually means more money is left in their pocket at the end of the day.

The average American spends $9,500 a year to own a car — that is 13% of their household expenses. For those with lower incomes, that percentage can reach up to 29%. In a city like Lexington, outside of only a few parts of downtown, you have to drive if you want to go about your days. As the US Census Bureau found, low-income people are the most likely to walk as a form of transport. If you can’t afford a car in Lexington, you have to take a notoriously unsatisfactory public transport system or make do with an unwalkable city.

It makes a city more attractive

Brain drain in Kentucky is a big problem. From 1970-2017, Kentucky was the worst in the nation for college-educated people leaving the state. Even with two universities in our downtown, Lexington has trouble maintaining its best and brightest after graduation.

There is reason to believe that making cities walkable also makes them more attractive to our state’s young people. The Chicago Metropolitan Agency for Planning states that 63% of millennials want to live somewhere they don’t need a car. After growing up in urban sprawl, it appears that many young people prefer something different.

Where to go from here

Walkability isn’t a silver bullet for Lexington’s problems. Changes to make our neighborhoods more pedestrian-friendly will produce issues of their own, just like any policy. If the approach isn’t done well, it may hurt some of the people it is supposed to help. Fortunately, there are ways around that. The research and precedent we need to ensure that Lexington can be walkable already exists. While the information is out there, the next step is communicating to our local officials where Lexington should go in the future, to make these potential benefits a reality.